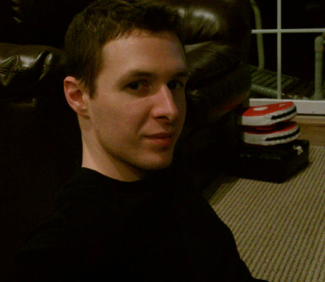 Bill McPherson has been studying various martial arts for over 20 years. He has formal training in various styles to include Aikijujutsu, Wing Chun Kung Fu, Jeet Kune Do, Western Boxing, Silat, Kali, and Mauy Thai. In 1999, Bill served as a United States Marine Corps infantryman. While in an elite security forces unit, Bill became well versed in NCO leadership principles, CQB, small unit tactics, and became a MOUT/ BUST Instructor (Urban Warfare). In 2003, he was in the first wave forces during Operation Iraqi Freedom. Returning to civilian life, Bill began work with the Sheriff's Dept. as a Correctional Deputy.

After service in the military, Bill became discouraged with a lack of realism, flow and fluidity taught in most martial disciplines. He began his own exploration of concepts and principles. He knew there had to be a better way. In 2005, Bill became a RKC Instructor and discovered the Russian Martial Art Systema. Highly impressed with the Russian method, he has continued to studying various Slavic fighting methods. In 2011, Bill was given sanction to teach under Kevin Secours’ International Combat Systema Association later becoming a Full Ranked Instructor.

Bill is a diligent student who is constantly trying to improve his skills and teaching ability. He is always trying to stay on the cutting edge of the latest developments in health, sport science, psychological, and anything combat related. He understands the journey never ends and believes a warrior at heart never stops learning and refining his skills. He dedicates a vast amount of time to his own students, insuring they get the support and help they need during their own martial journey.