Instructor Bill Trumpler began his martial arts training in 1982, studying Kempo, Judo and Aikido during his teen years. In 1991, Bill began training in Bujinkan Budo Taijutsu, eventually achieving the rank of yondan under the guidance of Shihans Greg Cooper and Richard Severance. He also trained for many years with Dr. Glenn J. Morris, the founder of the Hoshin Roshi Ryu, an eclectic shool of jutaijutsu. Dr. Morris conferred the title of Kiyoshi on him in 2002. In 2003, he attended his first Systema seminar in Ocala, FL. In addition to the aforementioned arts, Bill actively trains in submission grappling, Historical European blade arts, and Bartitsu, the art made famous by Sherlock Holmes.

For more information on training, please contact Bill at wtrumpler@gmail.com 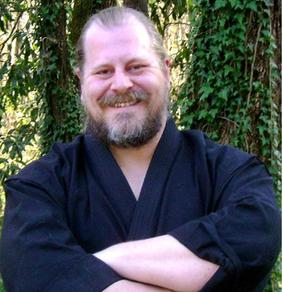