The International Combat Systema Association is extremely proud to announce the addition of Neil Bednar as our newest Instructor in the association. Actively dedicated to the continuous development of Combat Systema for himself and those around him, Neil strives for the knowledge acquired through cross training and pressure testing. A Mechanical Engineer with an M.S. degree, Neil began his dedicated martial arts practice in 1990, training both in Aikido and Uechi-Ryu Okinawan Karate. He holds a black belt in Karate and a 4th degree Blackbelt in Aikido. Neil also has a Blue belt in no-gi submission grappling in Eddie Bravo’s organization 10th Planet Jiujitsu which he’s been training in since early 2009. Complementary training includes violence dynamics, weapons work, and self-defense. Neil is currently working on his San Francisco Combat Systema website but in the meantime, for more information, he can be reached directly at nbednar@gmail.com. 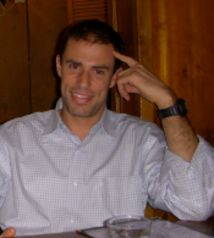