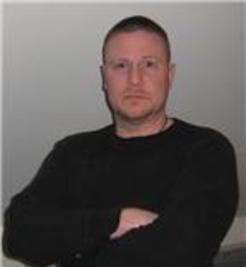 Dave Rusin began his martial arts training in 1991 at the age of 21. His formal training includes Tae Kwon Do, Brazilian Jujitsu, Aikido and Russian Martial Art.

Since 1999, his primary training focus has been the Russian martial arts, and in particular the ROSS Training System of Russia Martial Art under the tutelage of the North American ROSS instructor cadre. He became the third person certified in the United States as a National Category 1 ROSS Instructor as authorized by the American Annex to the Russian Federation of Russian Martial Art.

More recently, he has expanded his interests to include other systems of Russian Martial Art and Combat Systema. In order to avoid stagnation in his growth, Dave considers himself first and foremost a student of the combative arts and sciences, always seeking to learn and improve.

He structures training sessions using effective teaching methodology to ensure rapid learning of the principles, concepts and movement patterns, while also incorporating pressure testing drills to evaluate the application of material against resistant partners. He takes a keen interest in the development of all of his students adjusting sessions to meet individual needs.

While the training direction for most of his students is civilian self-defense, Dave is interested in all venues of conflict resolution including military combatives/hand-to-hand combat, sport fighting, subject control, stage combat, etc.