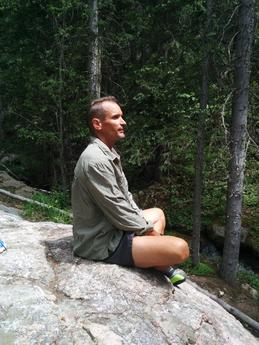 Raven has been a warrior for most of his life. He served as an Officer in the Canadian Army, a Police Officer in Toronto, Canada and has worked in private security for over 15 years.

He has been a student of martial arts since 1981. His first inspiration to begin his study was watching Bruce Lee in Enter the Dragon on the big screen.

Raven started in Chinese Kung Fu, transitioned to Japanese Karate and Jiu Jitsu and then moved toward the Filipino arts. He has studied Brazilian Jiu Jitsu, American Kempo and finally settled into a comprehensive study of Russian Martial Arts. He has researched many branches of Systema and finds that the programs created by Kevin Secours through Combat Systema are in alignment with his personal philosophies and views on martial arts and combat science.

Raven is proud to become an affiliate of ICSA and looks forward to learning from and sharing with others through this organization.

Raven can be reached at 505-913-0199, raven@realmartialarts.org
and more info can be found at www.realmartialarts.org  our regular website
and www.martialartssantafe.com our blog with lots of great articles and information.
Visit us on Facebook at "REAL Martial Arts"