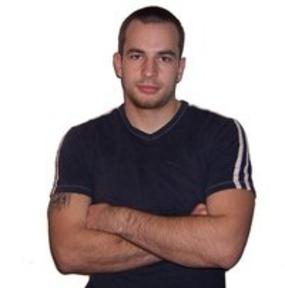 Greg is also a top strength and conditioning expert, teaches his own system of physical training named Compound Conditioning, he has taught dozens of conditioning seminars and workshops around the world and he has been the author of five bestselling conditioning DVD series and a book on Joint Mobility, Grip Training, Kettlebell Lifting and Bodyweight Conditioning.

At present Greg owns and runs the Underground Gym in Neptune City, NJ where he teaches an assortment of sport martial art, hand to hand combat and fitness regimens. He also runs and teaches biannually Underground Kettlebell and Bodyweight Certification Course, among other seminars and workshops on fitness and martial arts.

Greg can be contacted via his website http://www.undergroundgym.com or reached via email: GregMihovich@UndergroundGym.com