The International Combat Systema Association is honored to include Sensei Sali Azem as our Laconia branch representative and as our Director of New England Operations. Sensei Azem has over 45 years of traditional Okinawan/Japanese martial arts training. Beginning his training in 1965, he has taught continuously since 1974 (after 9 years of training and mentorship, with 4 years as a student and 5 years as an assistant instructor). Sali began his martial art training in 1965. Extensively trained in a diverse array of arts, Sensei Azem holds the following ranks:

Sali was introduced to boxing and trained under former Golden Gloves champion Sonny Bava. After the boxing program ended, Sali began training in Kodokan Judo under the tutelage of Master-Chief Gunners Mate Jim Thornhill who attained the rank of Yondan certified by the Kodokan while stationed in Japan. Jim taught classes at the local Naval Reserve Center. Sali reached the rank of Shodan, shortly after the Judo club closed due to Jim being shipped out to Southeast Asia.

The next option that became available was a local Okinawan Karate School. This was the time when you could count the number of Karate Schools in New England on both hands and have a few fingers left over. The martial tradition taught at this school was Okinawan Uechiryu Karate-Do (also known as Fukien Pangainoon). This school was patronized by a group of ex-military personnel from WWII Asian Theater, Korea and the then "new" police action that was brewing in Vietnam. There were no women or children permitted in the school which was common in most of the Karate Schools during the 50's and 60's. Sali was the youngest student there and had to run with the "big dogs or stay on the porch". The wisdom and inspirational experience gained under the support and direct tutelage of this group of seasoned combat veterans was immeasurable. The lessons provided a path to develop strength and fortitude mixed with a healhty dose of compassion and empathy. The fires then lit have yet to be diminished.

Sali has served as the New England Representative for the National Karate Ju-Jutsu Union, Northeast Representative and testing board Chairman for the Karate-Budokan International, Certified AAIU Karate Program Referee and Coach, as well as a referee for the Karate-Referee Association of New England. He also served as a Chartered School representing the Hakkoryu Martial Art Federation as well as the commissioner for Arnis Lanada Pilipino Martial Arts Association in Northern New England.

Sali achieved his first-degree black belt in conjunction with his enlistment in the United States Navy where he served as a Hospital Corpsman until his honorable discharge 6 years later. His time in military service provided him with a profoundly viable conduit to feed his healthy addiciton to martial arts training. Sali's interest in the subject area was driven by his quest to search for the orthodox methods of Okinawan, Japanese and Chinese pugilism. Kata for aesthetic purposes or tournament games of "tag" were of no interest to him. Understanding the fundamental truth behind the concepts and theories taught has led him to a 30-year quest of exhaustive research. An underrstanding of the shifting politics, historical events, military excursions, the profile of troop conscripts in conjuction with religious conflicts, legal postures, superstitions and mysticism were crucial to his journey resulting in a 350-page manuscript on the subject which he has yet to publish. The fairy tales, fables, and favorable stories commonly expounded gave way to the reality of the seedy, underground world of cults, criminals, terrorist gangs as well as mercenaries, soldiers of fortune and bodyguards where the truth of the pugilist world was found.

Sali's professional career included the provision of academic, education and guidance to emotionally-handicapped adolescents in both the private and public educational settings. Sali also worked as a family counselor/mediator, substance abuse counselor and domestic violence batterer intervention program while acting as an advocate and crisis interventionist.

His career path led to serving the best interest of children living with conflicted families as he provided court ordered guardian ad litem investigations for Family, Superiror, District and Probate Court. As a private investigator, Sali has had the opportunity to investigate fraud and white color espionage cases along with criminal defense and domestic stalking investigations. In addition to provding fugitive recovery and bail enforcement services, Sali has provided armed executive protection services to Fortune 500 executives, Members of the Saudi Royal Family and national celebrities. Sali has served on the board of the New Hampshire League of Investigators, New Beginnings, A Woman's Crisis Center as well as the NH Mediation Program.

Additonal academic and training certifications include: 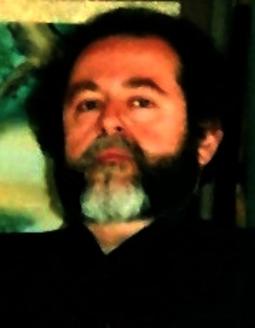