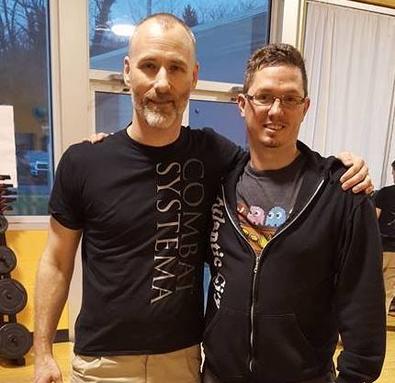 "I have studied martial arts for over 25 years. Began

with Wing Chun and Xing yi quan, in which I became

an instructor and then later began study of Budo

Taijutsu. In 2002 I began study of Chinese Liu He Ba

Fa Chuan as well as other Chinese internal Martial

for their combat methods. I Became dedicated to

using realistic techniques and training only what

Chun and Xing yi, but have modified what I originally

learned to have techniques hold up under pressure.

In 2014 I got interested in Systema by seeing clips of

Vladimir Vasiliev and Mikael Ryabko in action. I have

since dedicated myself to learning Combat Systema

and I see it as being one of the most effective